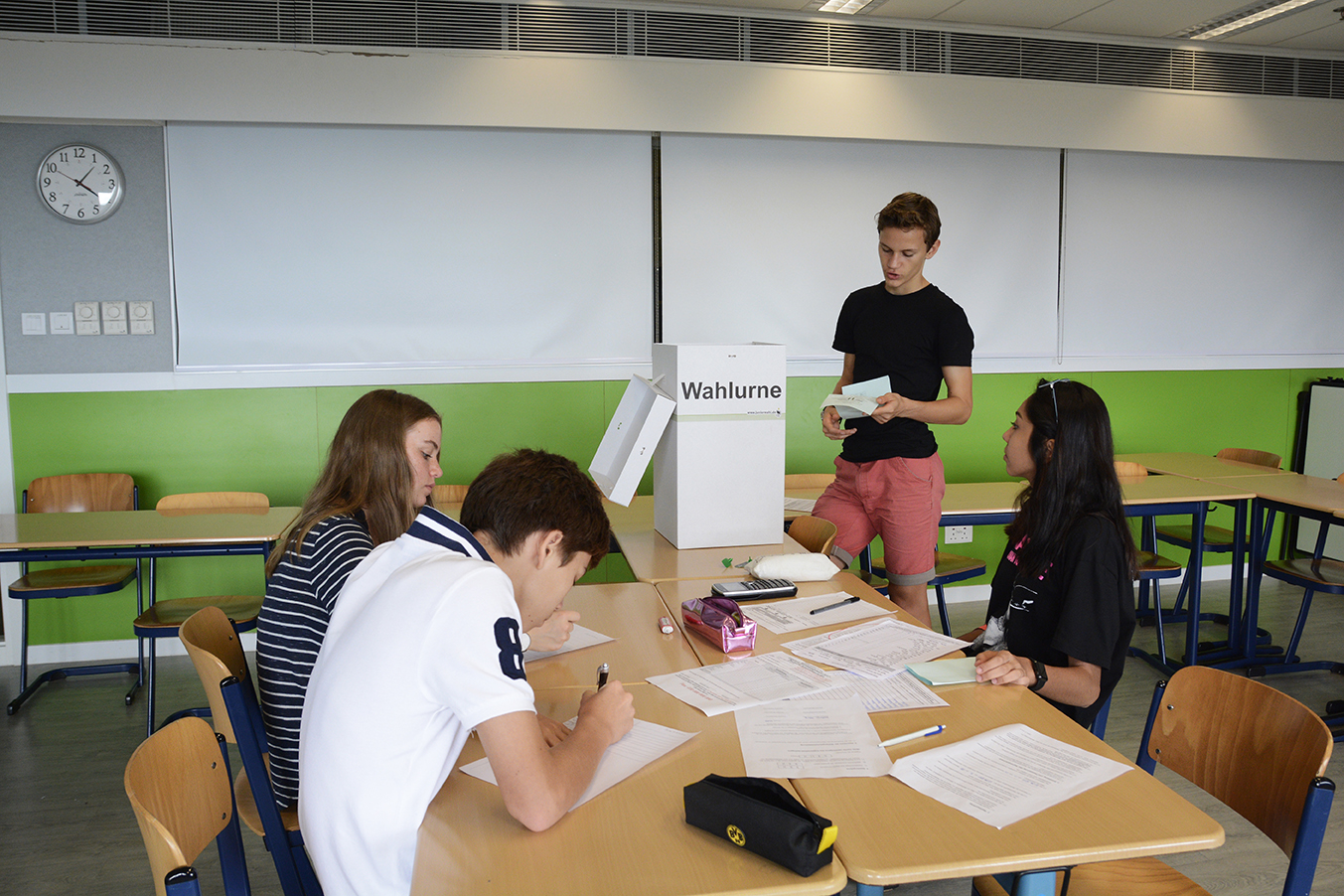 To understand the importance and significance of this democratic process, K08 and K09 students participated in the German Junior Elections, a formal simulation of the federal election that involves almost 3,500 schools in Germany.

“I thought the German Junior Election was very exciting because we have never done it before,” exclaimed Malina (K09). “The idea of people my age having this chance to participate in something like this is cool.”

Matthew (K09) found the overall experience interesting. “As we do not get to have this experience outside of the classroom, it is good to have this opportunity to go through it instead of just being told how it happens,” he said.

The voting process is a complicated one, with each person having two votes – one for their regional Bundestag candidate and another for their desired political party. Each elected candidate then goes on to become a member of the Bundestag, and elect the coming German Chancellor. With GSIS being a German school abroad, there are no regional candidates available and students voted instead for candidates running for the Chancellorship under their first choice.

“I think being able to take part in the German Junior Election is really helpful for my future because we actually go through the voting process,” Abby (K09) remarked. “It is also fun to see and compare our results with that of the federal election.”

Replicating the voting procedures as realistically as possible, each student went into the polling station individually, presented personal identification, and cast their votes in the ballot box. The votes were then calculated by our K09 students under the strict monitoring of Herr Hackmann, GSD History, Politics and Economics Teacher. The final tally of the students’ votes was sent to Germany to be included in the overall results of the German Junior Election.

“I find it quite interesting to see the younger generation’s results because that reflects what they think and possibly how they will be voting in the future,” Leo (K09) observed.

Before casting the vote, it is essential to make sure that the policies and agenda of your desired candidate and political party line up with your own personal values. Researching beforehand and getting to know who you are voting for prepares you to vote fully informed and aware of the possible changes you will make.

“To prepare for the vote, we watched a political documentary about the policies of different political parties,” said Abby. “I also took a test online that helped me match the political party with a mission closest to my own political views.”

Through this simulation, our German students learned the fundamentals of a democratic society and the value of one’s right to vote.

“A vote is something valuable,” said Leo. “Something you can show others how you think.”