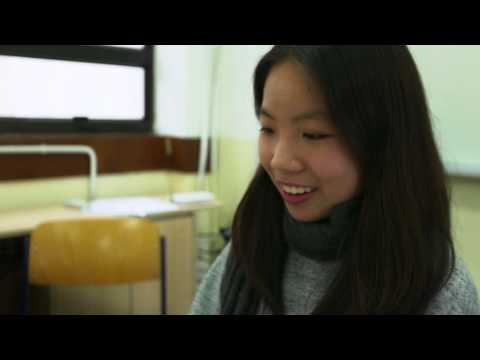 Harriet KWOK Ngai Yau / Year 10
Harriet Kwok (Y10) has been selected as one of the Awardees of the “Hong Kong Outstanding Students Awards 2014-15”.

The selection process consists of a series of tests and interviews. Participants were assessed on their academic performance, active participation in community service and extra-curricular activities.

Harriet’s victory is indeed a hard earned one, and most certainly, a remarkable achievement.

The Hong Kong Outstanding Students Award
Organized by the Youth Arch Foundation, co-organized by The Outstanding Young Persons' Association and sponsored by the Lion & Globe Educational Trust, the Hong Kong Outstanding Students Award is one of the most recognized and prestigious awards for secondary school students in Hong Kong. The Award recognizes and commends promising students with outstanding academic, extra-curricular and community service achievements, and virtuous morality and is well regarded for its rigorous and fair selection process. Nominees undergo a series of carefully designed activities to be identified as the best among the best. The activities during and after the selection process provide experiential experiences for the nominees to expand their horizons for ongoing advancement.

The Hong Kong Outstanding Students Award was founded by the Lion & Globe Educational Trust in 1985. In the first two years of its establishment, the Award limited nomination to female students only but started to include males thereafter. Ms. Doreen Leung, an Outstanding Young Persons of the World, administered the Award for 25 years. After her sad passing in 2009, a group of the Award’s past awardees and finalists founded the Youth Arch Foundation (“YAF”) in 2010 and undertook administering the Award since. Nominees will have to go through a written test, an assessment program and interview by a panel of specialists to be selected as an Awardee of the year. YAF also regularly organizes specialist led leadership training camps, seminars and interflow activities to advocate and foster moral, intellectual, physical, social, and aesthetics values amongst Hong Kong students.

As the Award celebrates its thirtieth birthday, it is gratifying to note that its recipients over the years have established themselves in society and excelled in many professions, and more importantly, with unwavering dedication to serve society at all times, proved their worthiness to the honour that the Award bestows.