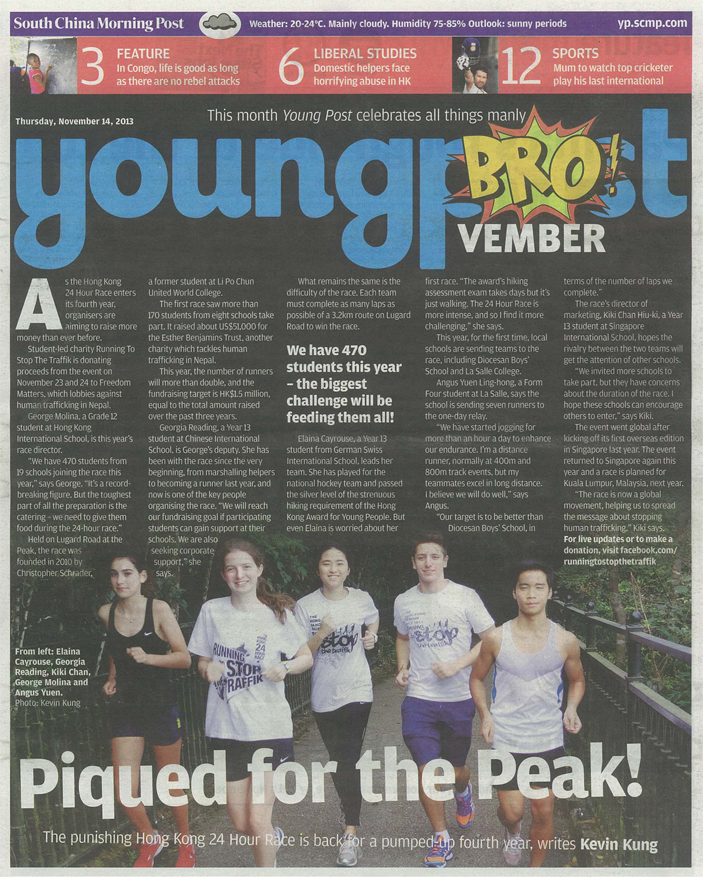 After a brilliant performance at the East Asian Games in Tokyo GSIS looks forward with excitement to two more sporting events in which GSIS students will compete this weekend.

Elaine Cayrouse, Y13, will lead a team in the intense 24 hour race on the Peak that is organised by the student-led charity “Running To Stop The Traffik”. The proceeds from the event on 23 – 24 November are donated to Freedom Matters, which lobbies against human trafficking in Nepal.

Download the South China Morning Post article to read more about Elaine, her achievements in sports and to learn more about the event.

Previously members of the Crefelder Rowing Club in Germany, both Frederike and Henrik successfully competed in numerous 700 m as well as 3,000 m races in Germany.